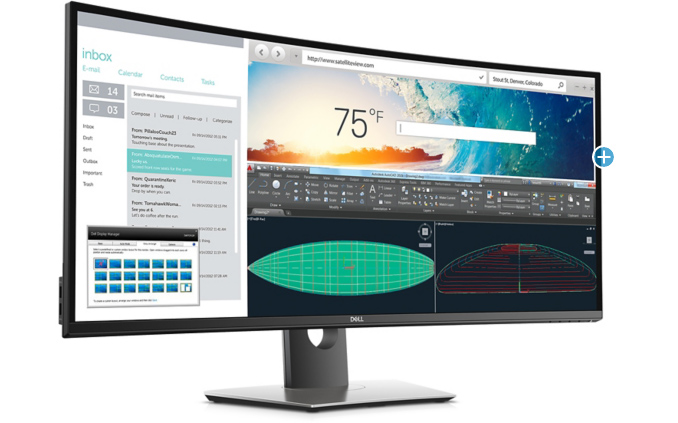 Dell this week began shipments of its curved ultra-wide 3840×1600 UltraSharp U3818DW display. The monitor is the fourth screen of this size and with this resolution on the market, and one of a few displays with a USB Type-C input (via DP 1.2 alternate mode). Dell is positioning its U3818DW as a business-class monitor, so it gets market-typical features such as an antiglare coating, but notably it does not get support for AMD’s FreeSync (which is available on competing monitors).

The Dell UltraSharp U3818DW is based on a 37.5” 8-bit + FRC IPS panel featuring a 3840×1600 resolution, a 24:10 aspect ratio, 2300R curvature, and 1.07 billion colors. This panel has rather unique specifications and comes from LG Display. So far, three displays have used the panel for monitors aimed at consumers. For example, LG’s own 38UC99 and Acer’s XR382CQK come with FreeSync support and up to 75 Hz refresh rate (LG’s one only supports 75 Hz when FreeSync is used). Moreover, ASUS’s Designo Curve MX38VQ has integrated wireless Qi charging, whereas the LG 38UC99 has Bluetooth speakers (to playback music from smartphones or notebooks without using wires), two consumer-oriented features. By contrast, Dell seems to position its UltraSharp U3818DW in a similar way that it positions a number of its other curved displays: as a solution for business users looking to do a lot of multi-tasking.

In a bid to better appeal to the target audience, Dell has managed to increase maximum brightness of its U3818DW to 350 nits (from 300 nits on competing monitors), added an antiglare coating, and also added support for Dell's Command remote management capability. Each screen is sRGB-calibrated to Delta E < 2 accuracy, which is important for those who work with color-managed content. Meanwhile, the monitor also technically supports the DCI-P3 color gamut, but only covers 78.1% of it.

Dell’s formal positioning of the U3818DW does not really curtail its advantages for home users. Its resolution and the aspect ratio are well suited for displaying HD and UHD content filmed in an aspect ratio of 2.35:1 or 2.40:1 (a lot of movies are shot in such aspect ratios) as well as for games. Meanwhile, the monitor is equipped with HDCP 2.2, so it can display protected UHD content transfered to it using one DP 1.2 or two HDMI 2.0 inputs.

Dell’s UltraSharp U3118DW is now available directly from Dell for $1500, which is a bit lower than the price of LG’s 38UC99, but higher compared to similar displays from Acer (available now) and ASUS (set to be available in Q3). 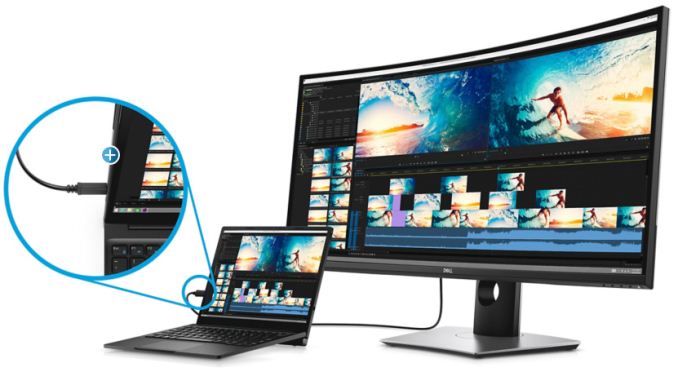