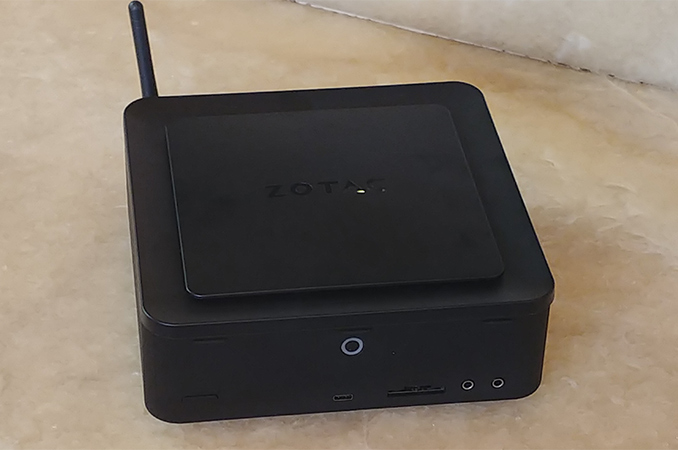 LAS VEGAS, NV — ZOTAC is preparing a small form-factor PC based on an AMD’s Ryzen processor with integrated Vega graphics. The ZOTAC ZBOX MA551 will be among the first compact computers powered by AMD’s code-named ‘Raven Ridge’ chips, and the system design should allow it support all AM4 APUs as well as a comprehensive set of connectivity features.

ZOTAC’s ZBOX MA551 will exist in at least two variants equipped with AMD’s quad-core Ryzen 3 2200G and Ryzen 5 2400G APUs with the Radeon Vega integrated graphics. The chips are rated to dissipate a maximum of 65 W of power (based on AMD’s TDP data) and ZOTAC outfits the APUs with a cooling system that features a large copper heatsink and a blower. The cooler looks like a GPU cooler, so its peak performance likely exceeds 65 W and enables ZOTAC to install APUs with a higher TDP or for better boost. So far AMD has announced only two Raven Ridge SoCs for desktops, so if the company rolls-out APUs with higher power and cooling requirements, the MA551 will be ready to house them. 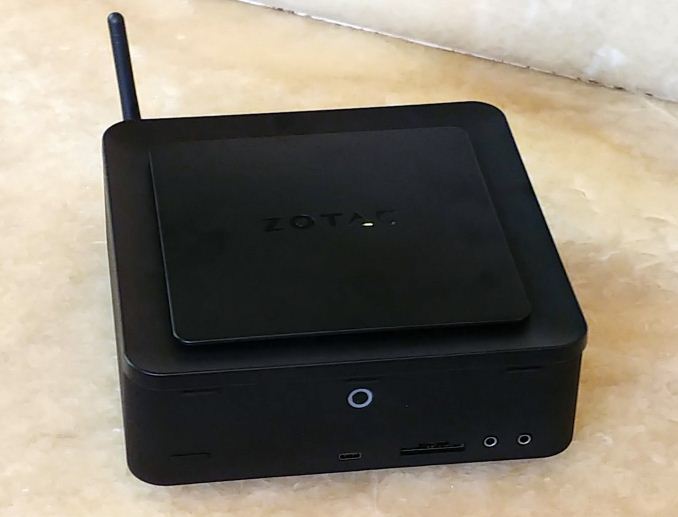 ZOTAC’s ZBOX MA551 comes in a matte black metallic enclosure, with the internal architecture the mini-PC looking very simple, allowing the user to easily install key components as well as potentially upgrade them. The mini-PC can be equipped with up to 32 GB of DDR4-2400 memory using two SO-DIMMs, an M.2-2280 PCIe/SATA SSD, and a separate 2.5” storage device. 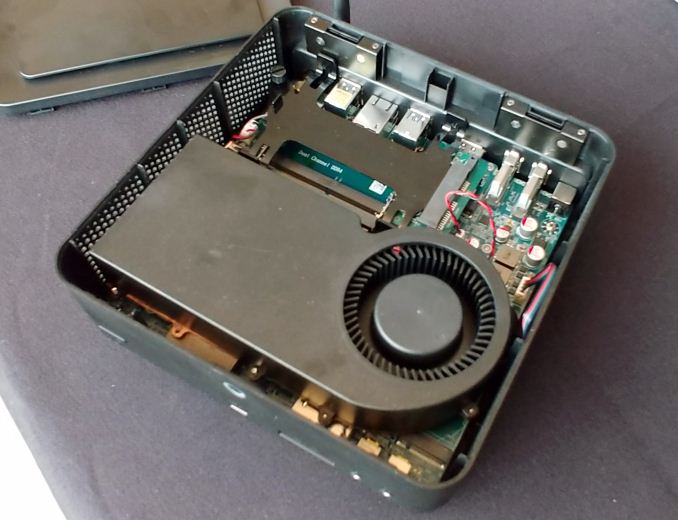 When it comes to connectivity, the ZBOX MA551 is outfitted with an 802.11ac + Bluetooth 4.2 module, a gigabit Ethernet connector, four USB 3.0 Type-A headers, a USB Type-C port, three display outputs (one DisplayPort 1.2, two HDMI 2.0) and an SD/microSD card reader.

ZOTAC plans to start selling its Raven Ridge-based ZBOX MA551 sometimes in the second quarter, after AMD makes such processors widely available. Pricing is yet unknown.