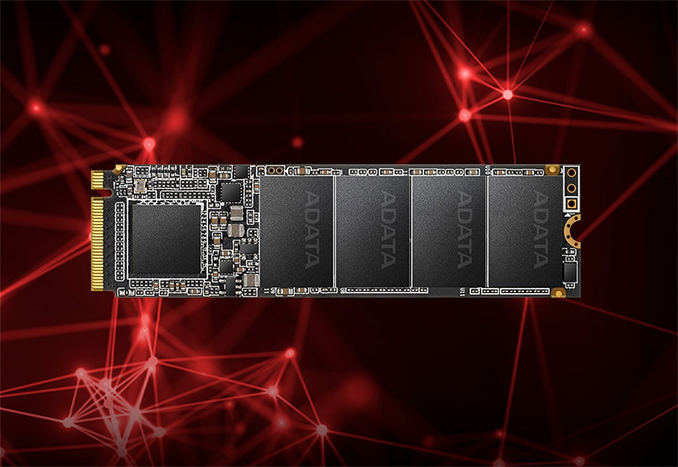 ADATA on Tuesday introduced its new XPG SX6000 Pro SSDs, which are aimed at mid-range gaming PCs. The new SSDs are based on the Realtek’s latest RTS5763DL SSD controller, and in fact ADATA is the first company to formally announce drives using the controller. Though it is not completely clear when the product is set to actually hit the market.

ADATA was the only company to launch an SSD based on Realtek’s first-gen RTS5760 controller late in 2017, so it was not completely surprising to see the company demonstrating its XPG SX7100 powered by the RTS5763DL at Computex earlier this year. For some reason, ADATA’s commercial product featuring the aforementioned controller is branded as the XPG SX6000 Pro, even though it is far cry from the SX6000 and SX7000 models in terms of performance and feature set.

General specs of the new drives are pretty straightforward as we know general capabilities of the controller. The XPG SX6000 Pro family of SSDs includes models carrying 256 GB, 512 GB, and 1 TB of 64-layer 3D TLC NAND flash memory. All the drives feature a PCIe 3.0 x4 interface, are NVMe 1.3 compatible, support a robust LDPC-based ECC and RAID engines, dynamic SLC caching, and AES-256 encryption. When it comes to performance, the SSDs are rated for sequential read speeds of up to 2100 MB/s as well as sequential write speeds of up to 1400MB/s (when SLC write caching is activated). As for random performance, higher-capacity flavors of the XPG SX6000 Pro are capable of 250K/240K random read/write IOPS. 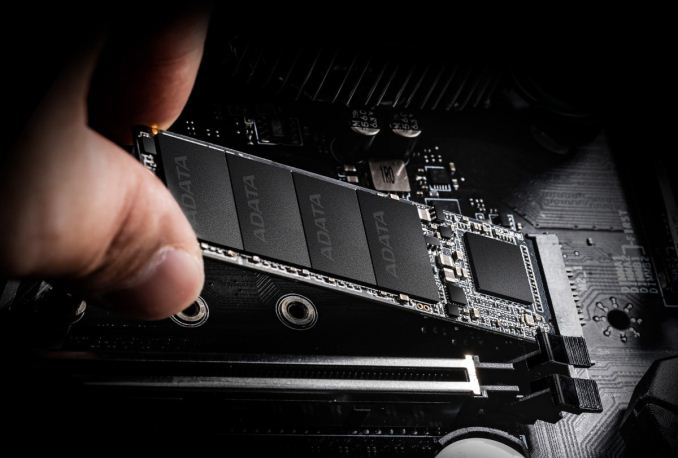 One thing that ADATA stresses about its XPG SX6000 drives is the fact that they are single-sided and therefore are compatible with various ultra-thin laptops that cannot accommodate double-sided drives. Meanwhile, the manufacturer officially positions the XPG SX6000 SSDs for mid-range gaming systems that usually come with SATA M.2 drives. So, the price of the new units should be comparable.

ADATA’s XPG SX6000 Pro SSDs will hit the market in the coming months. The drives have up to a 600 TB write endurance rating and are covered by a five-year warranty (whichever comes first). Such a long warranty is a relatively new thing for entry-level SSDs, but ADATA seems to be confident of its latest products.

Pricing of the XPG SX6000 Pro drives is something that remains to be seen, but since the XPG SX6000-series formally belongs to entry-level gaming solutions, I don't expect the new SSDs to be too expensive.