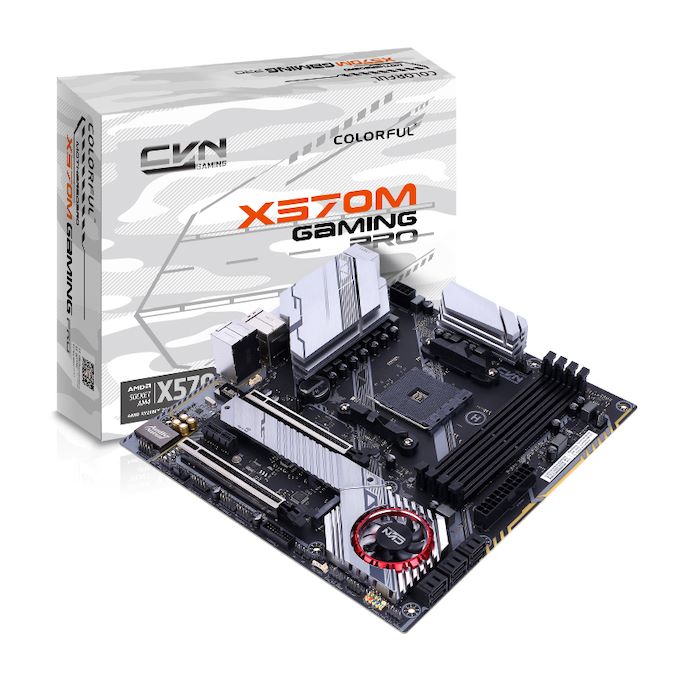 With all the attention turned to AMD and its platforms for the impending Ryzen Threadripper 3000 processor launch, Colorful has announced its latest micro-ATX motherboard for the X570 chipset, the Colorful CVN X570M motherboard. Building on its CVN X570 Gaming Pro V14 ATX model, it uses a similar feature set, but with a smaller footprint with its micro-ATX frame. Its design revolves around the CVN class of aircraft carriers, looking to fly gamers into the battle that use AMD's Ryzen 3000 processors. 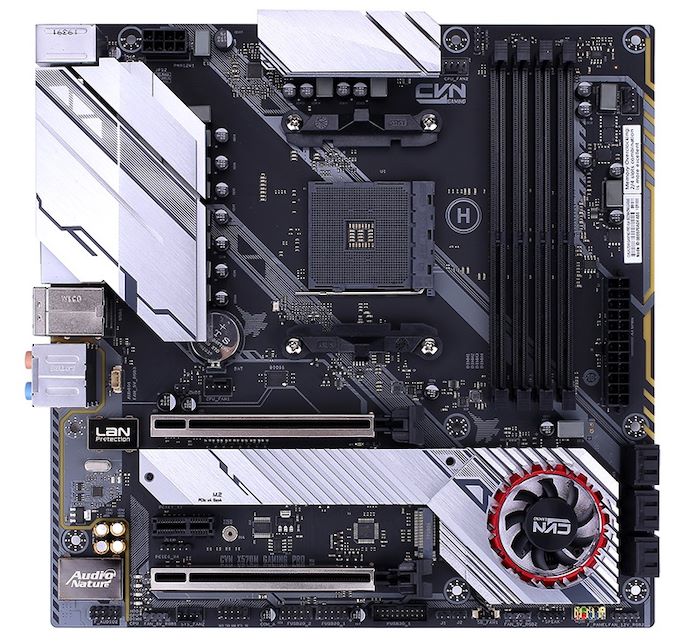 While Colorful hasn't officially launched a detailed list of specifications, we do know that the CVN X570M Gaming Pro has two full-length PCIe 4.0 slots which are likely to run at x16 and x16+x4 or x16+x8, with two PCIe 4.0 x4 M.2 slots. The X570 chipset heatsink includes active cooling, while the power delivery is cooled by a pair of two-tone silver heatsinks, with one doubling up as the board's rear panel cover. Providing power to the CPU is a single 8-pin 12 V ATX power input, while a standard 24-pin ATX 12 V ATX input delivers power to the rest of the board. The Colorful CVN X570M Gaming Pro has six SATA ports which support RAID 0, 1, and 10 arrays, while the board also includes four memory slots with support for DDR4 memory.

On the rear panel is one USB 3.1 G2 Type-C, a single USB 3.1 G2 Type-A, four USB 3.1 G1 Type-A, and two USB 2.0 ports. While it's hard to determine the full USB specifications, this is likely the configuration on the Colorful CVN X570M Gaming Pro. Taking care of the six 3.5 mm audio jack is a Realtek audio codec, likely ALC892 judging by the lack of an S/PDIF optical output, while an HDMI and DisplayPort pair of video outputs allow this model to be used with compatible Ryzen APUs. Also featured is a single PS/2 combo port, while the single Ethernet port is powered by a Realtek RTL8111H Gigabit controller.

At the moment, there is no information about the price or availability for the Colorful CVN X570M Gaming Pro, but it is expected to sit towards the bottom of the X570 product stack in terms of pricing. It's unique in its militaristic CVN aircraft design, but if availability is similar to the Colorful CVN X570 Gaming Pro V14, it might not filter into retail channels in the US and EU as quickly as anticipated, if at all.