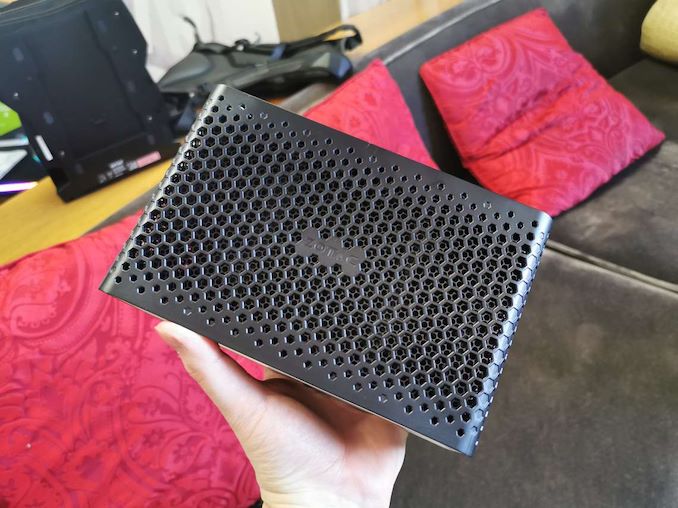 One of the more interesting announcements from ZOTAC at CES 2020 comes via the ZBOX CA621 Nano. What makes this stand out from ZOTACs other announcements is that it is powered by an AMD Ryzen 3 3200U dual-core processor, and that it is entirely passively cooled.

Rounding out the CA621, not only does the system boast silent operation, but it includes dual Gigabit Ethernet, four USB 3.1 G1 Type-A ports, 802.11ac Wi-Fi with BT 5.0 support, and a microSD card reader. A Kensington lock means that the system can be secured, which is useful as the system is small enough to fit in the pocket and could be easily stolen if left in a public place, or office setting.

Alongside the CA621, ZOTAC is also announcing an air-cooled version of this box, the ZBOX MA621 Nano which is identical in specification to the CA621 minus the passive cooling function. The MA621 Nano also omits the Kensington security lock and features an all-black design, whereas the CA621 Nano has a white rear panel with a white surround on the front panel.

No pricing or availability information has been announced, but the CA621 and MA621 Nano are well setup to serve as low-cost alternatives to the ZBOX Intel-based models.