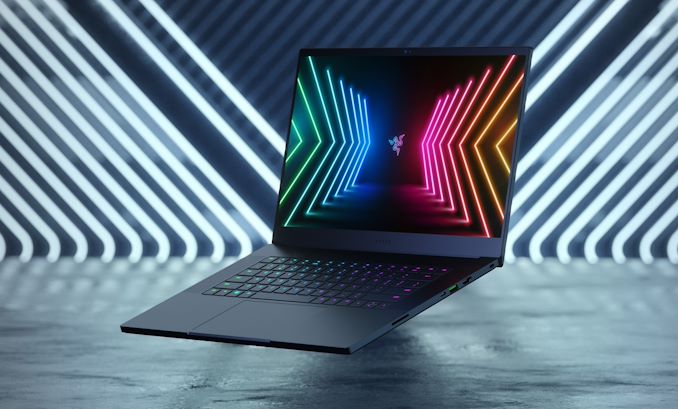 Following NVIDIA’s announcement of their new GeForce RTX 30 series mobile GPUs, Razer is among several laptop vendors today announcing new and updated laptops using the new hardware. Overall, the company is updating its Blade 15 and Blade Pro 17 laptop families to use the new GPUs, all the while the company is also making some updates to the other components they use, and even the Blades; chassis themselves.

We’ll start off with the 2021 Razer Blade 15, the latest iteration of Razer’s popular 15-inch gaming laptop.  As has been the case for a few years now, the Blade 15 is internally divided up into two models, the lower tier “Base Model” and higher tier “Advanced Model”, which in many respects are entirely different laptops. Along with the Advanced Model offering additional features, it also uses its own, typically thinner chassis, largely making it a separate model in its own right. 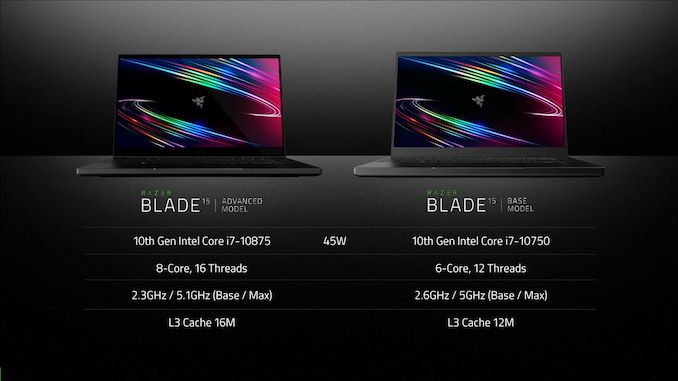 For the base model Blade 15, Razer is sticking with Intel’s 6-core i7-10750H processor as the heart of the machine. Graphics options for the laptop are either a GeForce RTX 3060 6GB or GeForce RTX 3070 8GB as an upgrade option, replacing the RTX 2070 used in the 2020 models. Meanwhile Razer is using DDR4-2933 memory for this laptop, and while 16GB is the only configuration they offer, the SO-DIMMs can be swapped out and the laptop supports up to 64GB of memory. 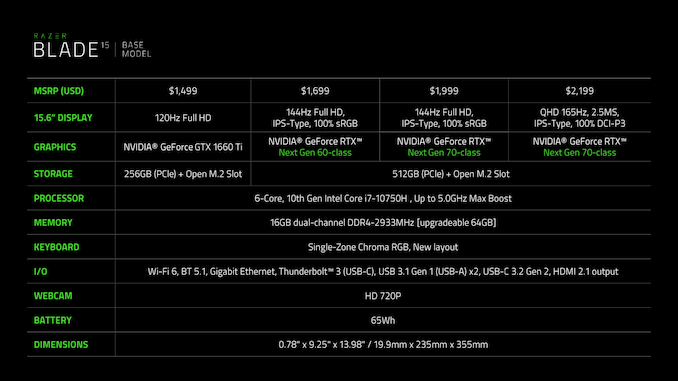 As for display options, Razer is now offering a new 144Hz 1080p panel as the minimum option for the 2021 models.  This IPS-type panel offers 100% coverage of the sRGB gamut (something the previous gen did not) and a matte finish. Meanwhile Razer also offers a 165Hz 1440p IPS-type panel which, along with the higher resolution, can also cover 100% of the DCI-P3 spectrum.  All of these display options come factory calibrated as well, though it’s worth noting that none of the base model panels come with variable refresh support.

For storage, the 2021 base model SKUs all include a 512GB M.2 NVMe SSD. This SSD is replaceable, and like last year’s version, well there’s a second open M.2 slot for adding a second drive altogether. If you need more storage past that, the laptops offer a Thunderbolt 3-enabled USB-C port, along with another USB-C (3.2 Gen 2) port, and a trio of 3.2 Gen 1 USB-A ports. 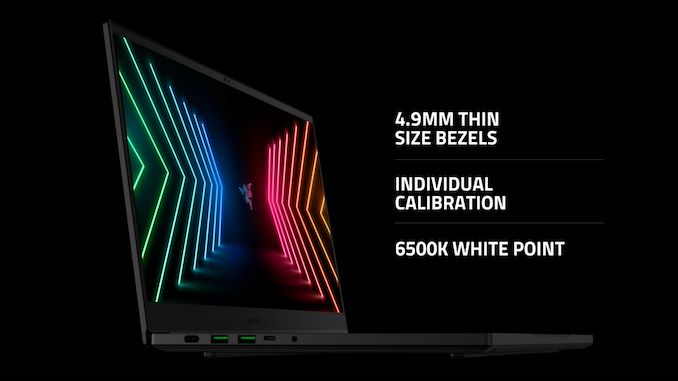 Razer is also once again using one of their Chroma RGB keyboards. This is a single-zone (rather than per-key) affair, though according to Razer, it does use a new layout. This fits into Razer’s 19.9mm thick aluminum chassis, which has been carried over from their 2020 models. So has its 65Whr battery, which although won’t be enough for long gaming sessions away from a power outlet, is more than enough to drive the laptop for productivity tasks for quite some time.

Rounding out the package, Razer supports the usual networking standards. Along with Wi-Fi 6 support via an Intel AX201 adapter, the laptop also supports Bluetooth 5.1, and even comes with a Gigabit Ethernet jack for hardwired connections. Surprisingly, Razer also supports HDMI 2.1 out, indicating that even though the laptop is using NVIDIA’s Optimus technology, they’ve still hardwired the HDMI port directly to the NVIDIA GPU.

The 2021 Razer Blade 15 Base Model will start at $1699, with pre-orders starting today and will be on-sale/shipping on January 26th.

Moving up a level, we have the Razer Blade 15 Advanced Model. Which as alluded to earlier, is in several respects a significant step up from the base model in terms of features and performance. 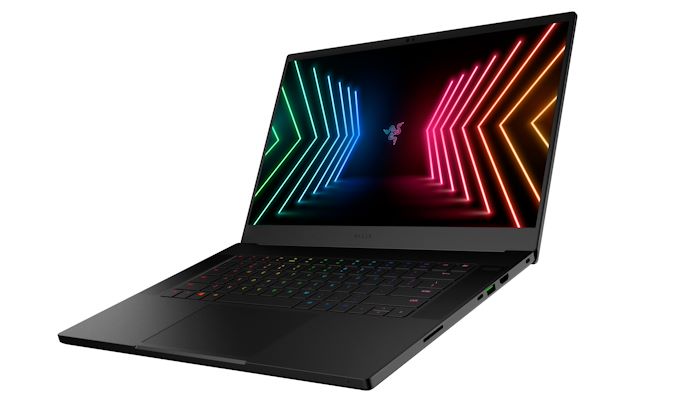 The Blade 15 Advanced Model is built around a full 8-core 10th gen Intel processor, specifically the i7-10875H. Razer is pairing this with NVIDIA’s GeForce RTX 3070 and 3080 laptop adapters, with the highest SKU going half a step further and offering a 16GB version of the 3080 rather than the standard 8GB version. This configuration replaces the RTX 2070 Super/2080 Super from the 2020 models. 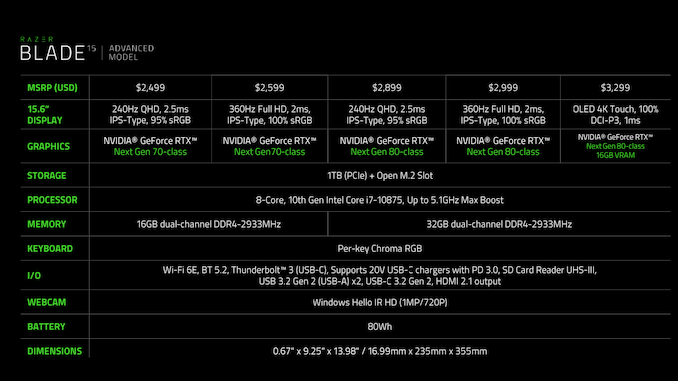 Included memory will depend on the specific laptop SKU; the cheaper models come with 16GB in two DDR4-2933 DIMMs, while the higher-end models come with 32GB of that memory. As with the base model, the machine can be upgraded to hold 64GB altogether.

For display options, Razer is offering no less than three different choices here. The base option for the cheapest Blade 15 Advanced SKU is a 240Hz 1440p IPS-type panel, which can cover 95% of the sRGB spectrum. This also happens to be the only panel with G-Sync support among all of Razer’s options, giving this laptop the best chance to comfortably game at 1440p. Alternatively, Razer also offers a 360Hz 1080p panel for the very fastest refresh rates (G-Sync need not apply), or as a high-resolution option the company is once again offering a 4K OLED touch panel, which is capable of covering 100% of the DCI-P3 spectrum and supports HDR as well. 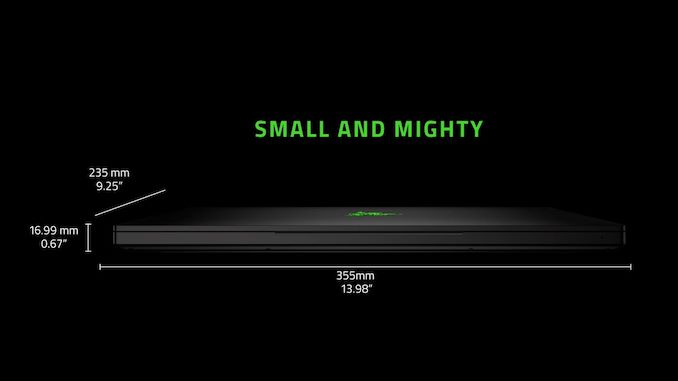 All of this is going into a new chassis for the Blade 15 Advanced, which has seen Razer rework the laptop’s aluminum body to make it even thinner – now it’s just 16.99mm thick – while improving its expandability. The new chassis isn’t a remarkable departure from the old one, but it gives Razer claim to shipping the smallest 15-inch RTX gaming laptop, and more importantly, it opens up space for things like a second M.2 slot. 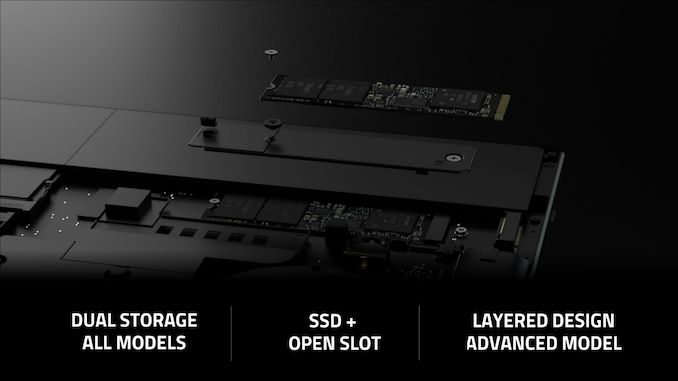 Which brings us to storage: the Blade 15 Advanced ships with a 1TB NVMe M.2 drive, and for the first time for the Advanced Model, also includes a second empty M.2 slot for another drive. To accomplish this, Razer has opted to stack the second SSD on top of the first one, owing to the space constraints of the laptop.

Fitting for the advanced model, this laptop comes with a per-key LED version of Razer’s Chroma RGB keyboard. And in case you like making faces at your laptop, it also packs in an IR camera for Windows Hello login support. 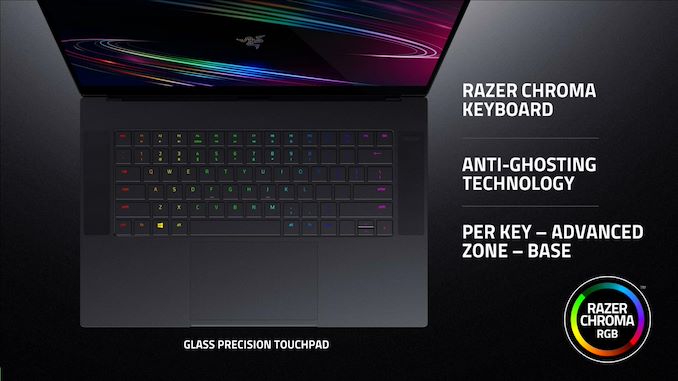 Rounding out the package, for wired connectivity the Advanced Model comes with a Thunderbolt 3-enabled USB-C port, a second USB-C port, and trio of USB-A ports. An HDMI 2.1 port is also present, and while the Advanced Model drops the Gigabit Ethernet port, it picks up an SD card reader instead. Meanwhile wireless support is provided via Intel’s new AX210 adapter, offering Wi-Fi6E as well as Bluetooth 5.2.

Finally, this is the only version of the Blade 15 family that supports charging over a USB-C port. To be sure, the entire Blade 15 family comes with a 230W proprietary adapter, so the max 100W offered by USB-C isn’t enough to charge the laptop at its full rate. But it’s more than enough to keep it powered under non-gaming scenarios, or charge the 80Whr battery in a reasonable period of time.

The 2021 Razer Blade 15 Advanced Model will start at $2499, with pre-orders starting today for shipment in February.

Last but not least, Razer is also updating their largest laptop, the Blade Pro 17. This is a slightly more straightforward update than the Blade 15 – there’s no new chassis involved – but it’s getting the same treatment in terms of upgrading the graphics and display options. 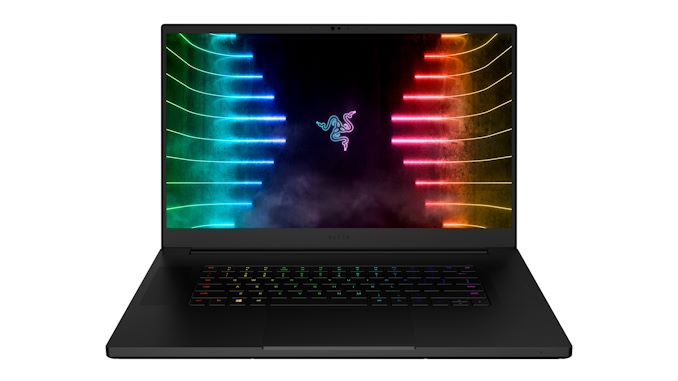 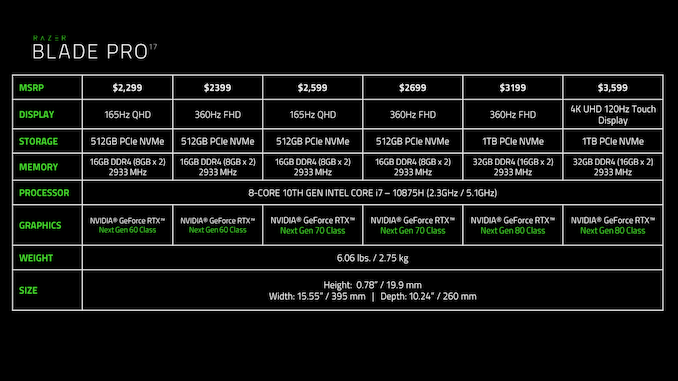 Meanwhile, memory and storage options remain virtually unchanged from the past generation. Lower-end SKUs come with 16GB of DDR4-2933 in two DIMMs, and higher-end SKUs come with 32GB. Similarly, storage is split between 512GB M.2 NVMe drives on some SKUs, and 1TB on others. And of course, the Blade Pro 17 features an open M.2 slot for another drive.

For display options, Razer is expanding their options on the Blade Pro 17 slightly, including a middle-tier 1440p display option to compliment their existing 1080p and 4K displays. At the lower-end is a 360Hz 1080p 17.3-inch IPS-type display, which can cover 100% of the sRGB spectrum. Above that is the 165Hz 1440p IPS-type display, which again offers 100% sRGB coverage. And finally, Razer will once again offer a 4K IPS-type panel, which unique among the options offers touch screen support as well as 100% Adobe RGB coverage. 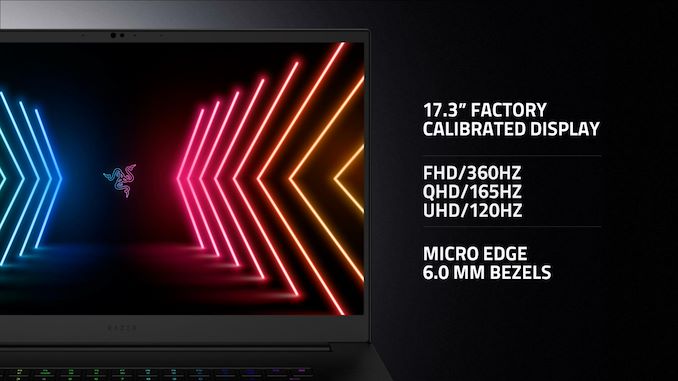 All of the Blade Pro 17 SKUs will feature a per-key lighting version of Razer’s Chroma RGB keyboard, as well as an IR camera for Windows Hello. All models also feature Intel’s AX210 adapter, offering Wi-Fi6E as well as Bluetooth 5.2.

As for ports, the Blade Pro 17 offers a Thunderbolt-3 enabled USB-C port, another USB-C port, three USB-A ports, an HSMI 2.1 port, and a SD card reader. The laptop also surprisingly offers a 2.5 Gigabit Ethernet port for wired networking, and marking the first time I’ve seen a 2.5GbE port on a laptop. 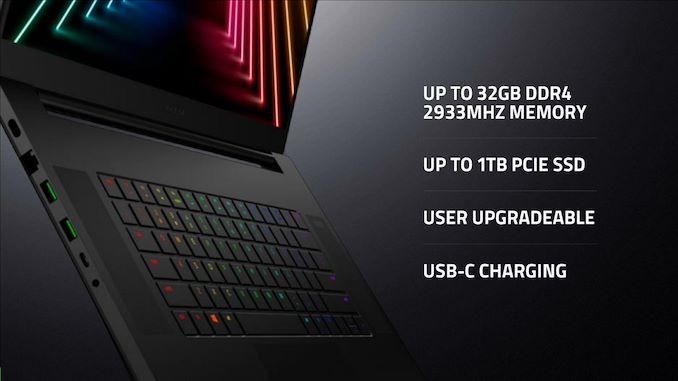 The 2021 Razer Blade Pro 17 will start at $2299, with pre-orders opening up today and orders shipping sometime later in Q1.