When we look at the history of DDR3, a number of key advertising points were consistent across most of the memory manufacturers. First was high speed in terms of out of the box, and the other was high speed from overclocking. The big names all went for these records, and after we posted about Corsair’s DDR4-3400 kit a couple of days ago, G.Skill is also jumping onto the bandwagon. However, the kit is very slightly different – G.Skill is supporting 16-16-16-36 timings, compared to Corsair’s 16-18-18-40. Whether that means much in real-world usage is hard to say, but I would imagine G.Skill, given the history between the two, will also compete on price. So perhaps under $1000, which would be a big hit in anyone's build.

This 4x4 GB kit will also be flanked by a new DDR4-3200 4x4 GB kit, available at 15-15-15-35 timings, which also undercuts the competition. Both of the new kits from G.Skill are validated on the GIGABYTE X99-SOC Champion and the ASUS Rampage V Extreme. 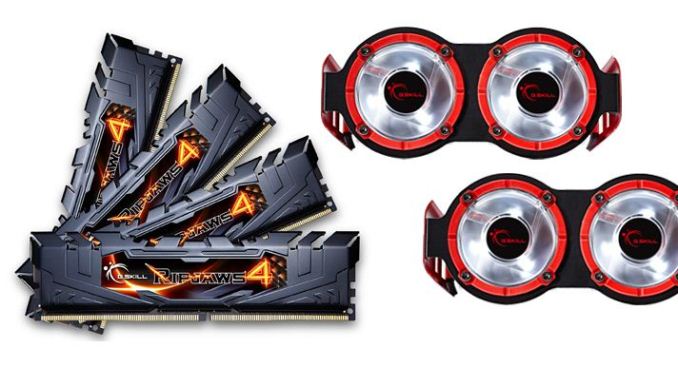 The kits will also come with G.Skill’s Turbulence III fans to provide extra cooling. There is no date currently mentioned by G.Skill, but 'released' often means 'heading to distributors'. Given the high specifications of the kit, I would imagine only a handful are actually going on sale. 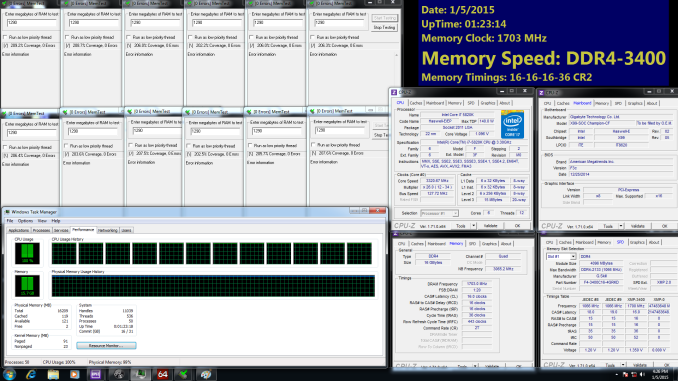